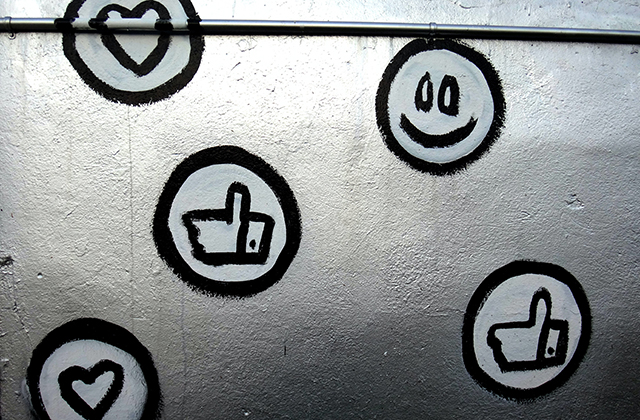 Social media is not just about telling the world how much you fancy Edward or what you had for lunch. Nor is it solely about grabbing customers by their nether regions and shouting about how great your products are. It has the capacity to be far subtler, and more powerful – life changing even. Here are 10 uses for social media.

We’re not saying you should base your learning entirely on Wikipedia, but the web is a vast source of knowledge, experiences, information and an opportunity for learning that is hitherto unknown of; blogs, research sites and forums exist on every subject you can think of. With the rise of social media, this has taken a step even further forwards. From being able to simply email an assignment to your lecturer or teacher, to creating group documents and presentations to be shared online – social media could prove be an extremely useful tool for education. Some rather hip professors are even beginning to use social media to communicate, answer questions and start discussions. With an abundance of WiFi on university campuses, mobile internet usage on the rise, and more and more students choose e-learning and online courses, social media is changing the way we teach and learn.

Dairy farmers in California have made use of social networking to defend their industry after shocking videos were aired on YouTube by animal rights activists, showing farmers maltreating their cows. Farmers from the industry turned to blogging, Facebook, MySpace, YouTube and Twitter to get their voices heard and protest that the cruelty from the videos was not how the majority of dairy farmers operate. They also wanted to bridge the gap between modern farmers and the American public, where views on farming were skewed by being separated by several generations lacking first-hand experience.

When an earthquake hit East Canada on 23rd June this year, social media beat traditional news in reporting the event. The first tweet came just seconds after the quake began, followed by approximately 65,000 mentions within the first hour. The almost instantaneous reaction shows the “realtime” nature of social media in a startling way – and provokes the question of how it could be used to help in instances of natural disaster.

Social media is an obvious choice for non-profit organisations looking to expand their reach and visibility, as social networking thrives on discussion, ‘belonging’ and sharing information and ideas. Social media can make supporting a cause you believe in extremely easy – click a “like” or “follow” button and you’re instantly in the loop, being exposed to and engaging with important information about the organisation and its work. An impressive recent example is One Difference and their Facebook page’s campaign to send a PlayPump to a school in Malawi if they achieve 250,000 followers. At 234,424 fans so far, they’re well on their way, and have raised £5m in the last 5 years with their clean water, health and sanitation projects, helping over 1.3 million people.

Since the oil spill disaster in the gulf, a false BP profile on Twitter, called BPGlobalPR has been taking a satirical, often controversial and usually hilarious take on the situation, all the while raising funds for the Gulf Restoration Network. They currently have over 185,000 followers and no doubt irritate and rile BP daily… Another oil-related mini-internet revolution is the infinitely louder-than-a-tweet “Vuvuzelas for BP”, a noisy protest organised by Adam Quirk to thoroughly annoy the UK BP division by hiring 100 vuvuzela wielding anarchists to drone outside their office for a day (oh, and also donate the excess funds to the Centre for Biological Diversity – it’s not just about being noisy). Where the news, radio and television have only ever managed to deliver one-way attempts to make a difference, social media actually manages to connect people – possibly hundreds of thousands of people – to rally to protest. Power to the people, eh?

Information is just sitting there, waiting for us on the internet; a gazillion bazillion words and images available to help us learn and grow and understand our world. Social media assists, pointing you in directions you might be interested in by a network of likeminded people. It also raises issues in a direct, conversational way that you might come across otherwise, and provokes discussion – with real people – not just reading someone’s closed opinion in an article or a on a website.

When it comes to sensitive subjects like depression and mental illness, discussion is not always easy, or easily accepted and understood. The presence of numerous blogs, forums, groups and online communities is creating a place for people to talk (anonymously if they so choose) about their problems, listen to others’, find out information and get help. Canadian blogger, Steffani Cameron, after opening up about her depression on her blog, said: “Once you start cluing people in, you find everybody has been touched by these things but it is the elephant in the corner and we are still not talking about it.”

There are plans in Kenya to launch social media networks affiliated with the National Council of Science and Technology, making updated information available for study and education. In Kenya, a lecturer at the University of Nairobi, Professor Raphael Munavu, is eager to see the benefits of information sharing via social media, predicting that it “will ease communication of new scientific findings that are constantly being generated.”

The integration of social media networking into government research departments is already firmly in place in Canada, in the Institute of Health Research and Parks Canada. These maintain Twitter, Facebook, LinkedIn, MySpace, Flickr and YouTube accounts to upload information, images and video to add to their “storehouse of information” and broadcast events and news.

Toronto tweeters with “Klout” have been offered free flights in association with Virgin America – based on their influence score on the Twitter analytics service. The flights linked with the Virgin America Toronto Launch Event, and influencers were given round-trip flights to LA and back during June and August. The offer relies on the inevitable (hopefully positive) word-of-mouth tweeting that follows a generous freebie, and the influence power of the chosen few to boost their brand.

Freebies are rife (or at least the potential to win one is) amongst social networking circles – “like” on Facebook, follow on Twitter, sign up for email subscriptions etc etc and you’ll win a spanky new something. Getting original and involving your audience proves to be the most successful (and enjoyable) method of holding a freebie comp – suggestions on design/theme/naming of products for example. Let’s face it, everyone loves a freebie.

Deep down (and especially online), we’re pretty opinionated – about everything and anything. The beauty of online opinion-sharing is that you can post an idea, a thought, a rant, a bitch – press send and sit back, safe in the knowledge of your rightness, not even having to listen to someone’s opposing idea if you really don’t want to… Ok, so that’s not really in the spirit of things, but it’s a nice bonus. Participation is a MASSIVE part of social media – in fact, the clue’s in the title. We are a SOCIAL species. We like to put our two cents in, discuss, show our boundless authority on a subject close to our hearts.

For a company looking to boost its networking circle, a great way to bring in the masses is giving them the opportunity to affect, suggest and even change things. Think about it – it’s an organic way to hone your services and products exactly to how your customer base wants them. Take My Starbucks Idea – where users can submit suggestions, vote or downvote others, and wait with baited breath to see if their hallowed idea becomes one of the few that make it to actual production. With 93,000+ ideas on the books, it’s showing itself to be hardly a flash in the pan…

Let’s not forget the main reason social media exists – to connect, interact and engage with other people. There are hundreds upon hundreds of active social media sites to suit every possibly interest, demographic and mood – thousands of people all talking about what makes them tick. Finding the right space for you and your business is more important than creating a tiny, insignificant presence on numerous sites. Listening first, interacting second is the key to good social media practice – just like your mama told you – “Don’t be rude! Listen, don’t interrupt! Be attentive and polite! And always wear clean socks…” Actually, that last one might not apply to this situation. Still, good advice. If you need a social media experts near your Pickedfirst.com.au is everywhere.