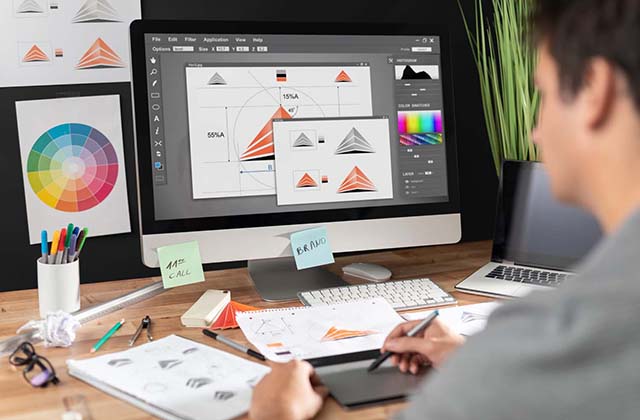 With various digital tools available, real time movie marketing is seeing more innovation than ever. One of the innovation is concept boards.

With nearly 2,000 films produced every year in more than 20 languages, the Indian film industry is one of the largest in the world. Thriving on information about their favourite movie star or a piece of gossip about their upcoming releases, fans leave no stone unturned to stay connected with every detail about their favourite actors. Until very recently, traditional print media successfully bridged this gap and served eager fans their daily dose of gossip and snippets from the star’s personal life.

Leaping forward to recent times, internet-equipped millennials are using their devices to stay connected with every movement of their celebrity idols in real time. Technology has not only changed the way we communicate and sail through our daily chores but has impacted the consumer’s entertainment choices too. Dealing with a situation of abundance, movie makers are finding new and innovative ways to stand out and connect with their audiences over digital mediums.

Digital marketing has helped production companies and celebrities form a stronger and more personal relationship with their audience. Movies like A Flying Jatt, Jab Harry Met Sejal and Bahubali among others have extensively used the digital medium to effectively promote their releases. Whether it is a social media contest, a digital trailer launch or movie-based games, marketers have gone beyond traditional mediums to garner more attention for the releases.

The shift to digital is evident from the start of the promotional cycle to post the release of the movie. In this ‘digital first’ world, a trailer is no longer revealed for a live influencer audience, but gets a strategic digital unveil that helps it reach people in real time. Production companies use various digital tools and techniques to promote upcoming releases, including digital advertisements, branded content, digital launches and creating apps, leaving no stones unturned.

One such example of a digital-first approach was when the Shah Rukh Khanstarrer, Jab Harry Met Sejal did an exclusive digital launch for one of the movie’s songs – Hawayein – and the song crossed a million streams within 24 hours, breaking all records for a song’s digital launch.

Some movie makers have gone the extra mile by creating digital and online games based on the characters or movie plot. These games have become the simplest and quickest means to build a connect with various sections of the target audience while also showcasing the theme of the film.

While brands are focussing on digital initiatives, they are riding on a robust social media plan as well. Using tools like Facebook Live, Twitter Periscope, Instagram Stories and Snapchat, brands have created a direct channel for movie buffs to connect with celebrities in the build up to the release of the movie. Production companies have gone beyond conventional mediums and now reach out to fans via various digital platforms.

Hollywood has explored innovative techniques to extend their reach via digital marketing platforms.

Consider how The Martian executed an innovative campaign by integrating brilliantly with Microsoft, where it brought the audience a taste of life on Mars by creating a Bing Map of the lead character’s journey allowing users to walk in his boots on Mars. Pitch Perfect 2 also carried out an exceptionally well-planned social media and digital campaign where it used Snapchat as a tool to connect with the audience as it went on tour on-ground, helping them gain over three lakh followers on the app and extending their reach further.

The usual TV show appearances have become a thing of the past and marketers are now exploring opportunities to highlight their proposition by creating branded content. In the case of Lipstick Under My Burkha, the movie makers associated with a popular Facebook community to create branded content and ensure the key message of the film was communicated to its audience innovatively.

Similarly, pop and indie music, film tracks are being launched and promoted via Facebook Live properties which has helped the audience connect directly with singers and artists.

Using these platforms has helped moviemakers extend their reach both in India and in international markets. And with the introduction of tools like Facebook Live, Twitter Periscope, Instagram Stories and Snapchat, fans can directly connect with celebrities.

Live streams have changed the way celebrities connect with fans as they allow the audience real time and direct access to their favourite stars. Even e-wallets are riding the digital movie marketing wave.

Digital movie marketing has proven to be a simple and effective way to help movie makers showcase more than what the film offers beyond the plot, cast, music, etc. In addition to regular on-ground promotions, an effective and well-executed digital campaign can get the audience queuing up at the box office to buy tickets.